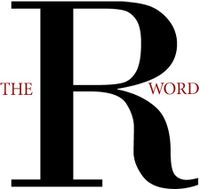 The Feds are doing everything they can to get this economy out of recession as fast as possible in 2009.  They are putting faith back into the financial market.  They are committed to turning this economy around and by lowering rates and pumping stimulus money into the system they will make sure that housing prices will bottom in 2009.

Oh, a “bottom” you say?!  Yes, I do.  More numbers are coming out to confirm an earlier post I wrote where I talked about future supply problems for housing.  New homes built this year are at the same level we built in 1959 (when we only had a population of 179M people).  The US now has a population of 310M people, so if we’re only building homes at 1959 levels, you can imagine what that might mean.  Just wait, excess inventory will be consumed and house prices will once again rise due to lack of new homes being built.  It’s not going to happen over night, but it will happen sooner than you might think.

One side effect of the Feds rate reduction is that they will also make it so lucrative to be a bank lending money right now that it will become irresistible.  Banks need to lend money to make money and they will soon begin to see how profitable it is.  They can borrow from the Feds at 0.5% and lend out to borrowers at 5% — that’s a great business!

Stability will return.  We are not going to zero.  We are not falling apart.  Anyone borrowing money right now has gone through the toughest lending requirements we’ve seen in 10 years.  Their loans are great paper and very stable which means that whoever buys them in the secondary market won’t need to worry about the loan going bad.  Again, making the secondary market for mortgage-backed paper more stable.

I hope you are making smart choices right now and positioning yourself for the next big run of growth and prosperity.  I’ll leave you with a quote from one of the most entertaining guys on TV (Jim Cramer from Mad Money on CNBC) — “I command you to go out and buy a house in the next 3 months.” (December 16, 2008)