I guess I have something to get off my
chest about the Apple vs. Samsung dispute.
I can’t consider myself an insider but I did live “that life” for a
while.  I worked at Palm and Palmsource
(the Palm OS company) while the smartphone revolution was just getting started
and I watched as all the industry players were setting their course.

I’ve visited Nokia in Helsinki during the
dead of winter when you only get about 3 hours of daylight because you are so
far away from the equator; I’ve been to Samsung in Suwon where their cafeteria
manages to feed tens of thousands of factory workers during a lunch hour frenzy
that is so well orchestrated that the cafeteria should be classified as a
factory too; I’ve met with Ericsson (does anyone even remember who these guys
are?); I’ve even met HT Cho, who tried to convince me that HTC stands for “high
tech computer” when I joked with him about naming a company after his own
initials, long before they thought about using Android to become a smartphone
player.

Apple was not even a maybe, not even a
dark horse back in those days.  And then,
in 2007, that all changed.  Apple went
from ZERO products or phone market share to launching the hottest product lines
in the space and creating a tsunami wave of customers who helped drive them to become
the new leader in the space.

I’m reminded of the words from one of my
mentors, Jim Rohn.  He equates
opportunity and difficulty to the wind that blows a sailboat along the sea.  He says that the same winds blow on us all
(the economic, political, and social environments, etc) so it’s not the wind
that determines where one ends up in life, it’s the set of the sail.

Understand this, Apple started with NOTHING.  They didn’t make PDAs that
morphed into phones (like Palm); they didn’t have a vast product line of “dumb”
phones from which to build upon (like Samsung and Nokia, etc); they didn’t
invent and manage the cell phone tower technology (like Ericsson and
Motorola).  Apple had just a small group
of innovative engineers and designers who were obsessed with creating a new
paradigm for how to interface with your phone, both through its design aesthetics
and through it’s intuitive software.

They were able to think so far outside the box as to create the first
generation iPhone with an entirely new approach to industrial design of the
hardware to the software and user navigation.
Apple wouldn’t even let AT&T sell it through their channel; you were
an Apple customer and had to go to them for all purchases and support.  This had never been done before!  It was unimaginably ingenious and nobody had
seen it coming.  Certainly nobody believed
that a non-player like Apple would generate such an earthquake in the phone
industry. 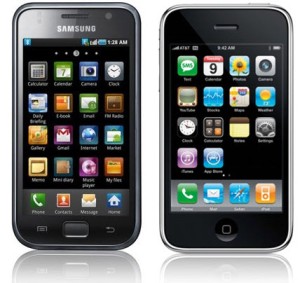 In 2007 all the players I mentioned above
and the many others that I didn’t mention all collectively said “Crap, this
iPhone thing is a game-changer.”  So
Samsung’s best response was to copy what Apple was doing in hardware and
product design?  I’m not surprised at the
iPhone knockoffs by the Taiwan and Chinese “cloners” who have been at it for
decades, but frankly, I expect more from Samsung.

Enough already, Samsung.  Stop your crying and complaining.  Get innovating.  Apple came into a market where you were
dominating and ate your lunch by out innovating you.  They didn’t copy your designs to get
there.  Just admit the loss and move
on.  You make everything from
refrigerators to ocean liners, from televisions to photocopiers.  Surely you have more resources at your
fingertips than Apple.  Get back to work
and create something stunning of your own design!  The world is waiting.

I really like this as a well-priced starter home that has potential to
become a very interesting modern home in Mountain View. 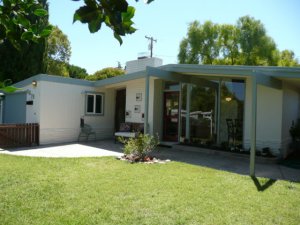 Nicely updated kitchen and I absolutely love the Porcelanosa
textured tiles in the hall bath, but I’m not quite sure why they chose to spray
stucco over the existing siding.  You
should see the huge Milgard brushed aluminum dual pane stationary window in the
master.

Its pretty rare to find a cozy townhome that has Mid Century Modern
elements at an affordable price.  And
this is Mountain View no less!  Don’t
look for lots of amenities, but you can enjoy a peaceful unit with a small
patio back yard and I’m sure this place would grow in value with a few well
thought out updates. 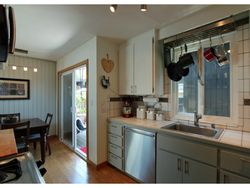 This is a really fun home that skillfully blends the Mid Century Modern
origins with an Ultra Modern twist.  It's private, the lot is huge and
usable, and the views are great.  Take a look at the living room —
those sliding glass doors have to be the largest ones available in 1956,
I think they are 20ft wide! 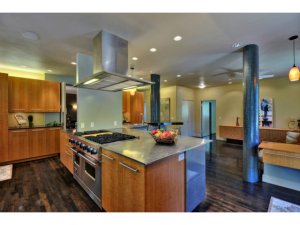 – Hardwood floors throughout, Updated kitchen, Plenty of light and privacy

Monta Loma Mackay, but deserves a look as this is a large corner
lot in a neighborhood of somewhat smaller lots.
Also, it is priced as a fixer upper so you get a chance to make it your
way. 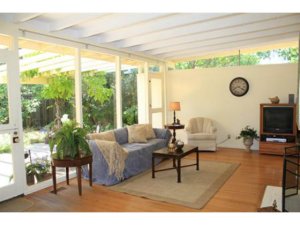 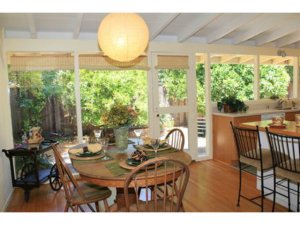 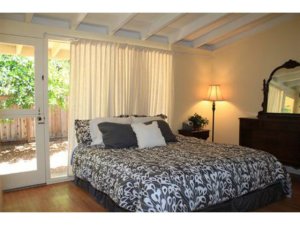